APF Records has always been a place of worship for the debauched and wasted within the heavy scene, so it's about time we let you do it properly as you bow down at the Corrupt Moral Altar.

After years of being associated with that one band from the 60's you might have heard of, Liverpool has done its level best in the past decade to be a hotbed for filthy, nasty riffs, rapid, crushing blast-beats and fuck-you vocals; and Corrupt Moral Altar are one of the leading names in that movement, merging the abrasive sensibilities of  the heavy spectrum into a head-pounding cacophony of pure aural hurt.

Gliding effortlessly between the jarring aggression of the heaviest of grind and sludge to those infectiously punky hooks, their two full lengths, 2014's Mechanical Tides and 2017's Eunoia, barb their way into your brain stem and don't leave your head no matter how hard you pull. Bringing to mind peak era Napalm Death (which should come as no surprise considering CMA guitarist John Cooke tours with them), though with a bit more cohesion running through the core, you'll be lucky if your neck stays in one piece when Corrupt Moral Altar are assaulting your eardrums.

With a new EP - Patiently Waiting For Wonderful Things – released through APF at the end of 2020, it's going to get that bit more brutal round these parts as Corrupt Moral Altar look to cave your skull in.

"Insane, broken bottles of ragged riffs, thik songs that get crusty, and grind that holds back at no avenue" - Metal Injection

"A wholly brutal and violent display of zero fucks given... for fans of extreme metal and hardcore punk" - Metal Hammer

"The Liverpool quintet's promise in our modest extreme metal works is limitless - cos they are awesome!" - MetalSucks

"Their mix of grind, sludge, punk and hardcore is at high-level toxicity right now, the potency of which is further heightened by feral tripatrite vocals and socio-political commentary that reads like the journal entries of someone languishing in the sewer while staring at the stars" - Kerrang! 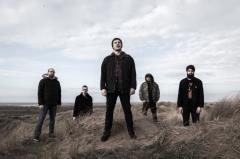 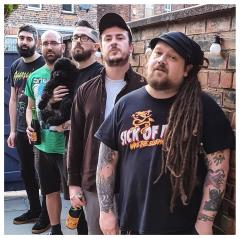 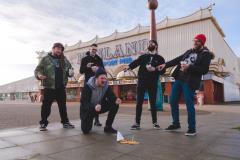 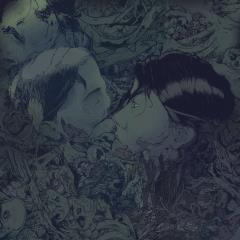