In some towns you have a music scene to work with and in others, you have to make the scene around you. Desert Storm are from Oxford. They built the scene themselves.

Launched into the world in 2007, Desert Storm’s mix of southern rock and stoner metal is underpinned with a driving, pure rock ‘n’ roll strut. It’s a formula which makes for a reliably arse kicking band. After testing the waters with their 2008 self-titled EP, Desert Storm truly came into their own in time for their debut full length, Forked Tongues in 2010; a radically tighter band on said record and finally beginning to capture the force of their live shows. It’s an upward trend that carried through their two follow ups Horizontal Life and Omniscient respectively.

Perhaps that evolution in sound on record is through their consistency in touring. Always taking their wares on the road, operation Desert Storm has been in full effect on tours with the likes of Karma to Burn and Nashville Pussy, as well as when sharing the stage with bands such as Orange Goblin, Weedeater and The Atomic Bitchwax.

By the time of 2018’s Sentinels [APF011], Desert Storm had found a refined sound. More “oomph” driving the power behind the band than in any previous outing, tastier riffs and more viscidity throughout the record, it captured a band at the top of their game; road hardened and ready to get stuck in. Whether it’s the springy, stoner stomp of ‘Drifter’, or the verging on thrash moments seen in ‘Too Far Gone’ or everything in between, this wass THE Desert Storm album so far.

But we didn't bet against them topping those heights when the next album came around, and we were right not to do so. 2020's Omens became their piece de la resistance. Unable to tour it due to the pandemic, work commenced on a new one. More Desert Storm coming your way through APF in 2022. 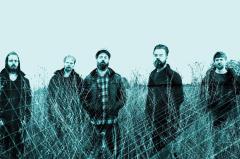 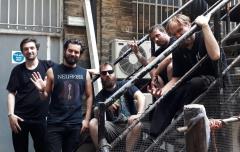 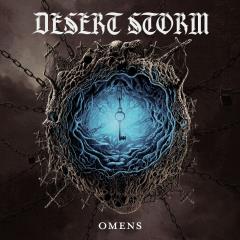 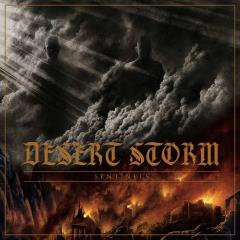 Desert Storm and Suns of Thunder 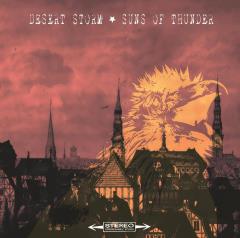 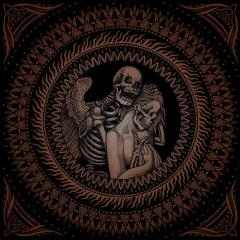