At their basest elements, Diesel King are sludge. Through and through, they’re self-effacing sludge, but that doesn’t mean they haven’t been shown to bleed elements of hardcore and sweat the odd bit of death metal.

Kicking around the big smoke since 2010, Diesel King have been omnipresent in the underground ever since, always willing to show up, sound abrasive, look abrasive and be abrasive; then leave. Putting out two rapid EP’s in 2012 and 2013 - The Ancient and the Nameless and The Grey Man respectively – these served as unignorable introductions to the hulking machine of a band.

After extensively making a name for themselves on the road, 2015 saw Diesel King release their first full length Concrete Burial (as well as a delightfully absurd cover of Toto’s ‘Hold the Line’), a shockingly great album seeing comparisons to Crowbar among others. And rightly so that Diesel King should be held in such regard. Gigantic riffs and evocative misery throughout, from ‘Brainhammer’ right through the disgusting ‘Mask of the Leper’ and even up to ‘The Mutilation’, you couldn’t accuse Diesel King of holding back any.

Their latest release, and APF’s second ever, #gofuckyourselves [APF002] from 2017 tells you exactly what you need to know on the cover. It’s dirty, it’s loud, it’s not so much in your face as in your skull. ‘Cut The Cord’ in particular spares no prisoners, with the barked orders of Mark O’Regan carrying over hardcore riffs and filthy breakdown.

There are few bands out there with the raw, skull-crushing machismo of Diesel King, but we don’t know if the world could take another Diesel King without collapsing in on itself. The quartet are currently taking an extended break while Mark and Geoff work on their gains, Will peforms with his other band Sedulus, and Bill keeps busy with Gurt and Hanowar.

Will Diesel King be back? Time will tell. 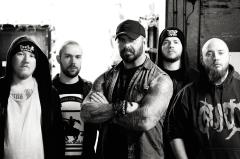 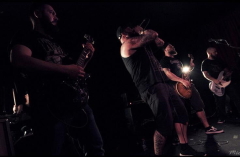 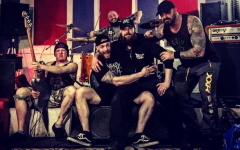 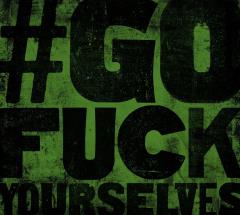 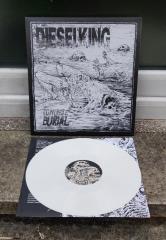