Formed back in 2012 as the burgeoning northern sludge / doom scene began to anchor itself into the world of heavy, Nxmad bring their raw as all hell, gravel-chugging, no bullshit take on the crustiest genre of metal, leaving it to burrow into your ears and infect your whole head infected.

Originally called Nomad, their first couple of offerings were released in quick succession - 2014’s The House is Dead EP and their half of the six-track split with Wort from the following year, both giving the willing an initial few mouthfuls of the anguished howl the quartet were serving. A harsh gruel of morosity.

In mid-2018, Nomad dropped their debut full-length - and first APF release - Feral [APF013], doubling down on all that had come before. Seven grim bangers, kicking off with ‘Curse Of The Sun’ and title-track, both displaying the hooky yet desolate riffs Nomad seemed to be able to conjure in their sleep, before moving onto the chug-fest of ‘The War Is Never Over’, the delicate opening refrains of ‘Culture Of Ruin’ and beyond; it was as assured an inaugural LP as you’re likely to find.

Rightfully sharing stages over their lifespan with international sludge legends including Eyehategod, Crowbar, Church of Misery and more, they proved their standing as one of the UK’s leading lights in barbarity, many times over.

In 2022, and following a two-year hiatus, Nxmad are up in your faces once again. Featuring new drummer Liam MacBeith, the band have been brewing up more unrest in their rehearsal room over the last 12 months, and are set now to continue their defiant journey into the area of sonic filth they have made their own. More news soon. Watch this space. 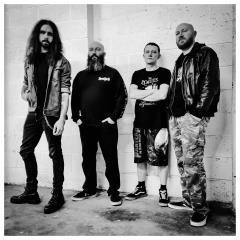 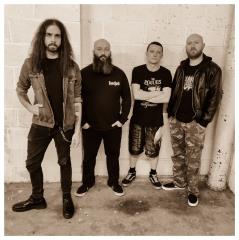 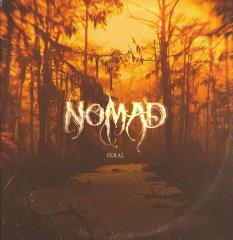