A Quick Chat with Rick from Video Nasties 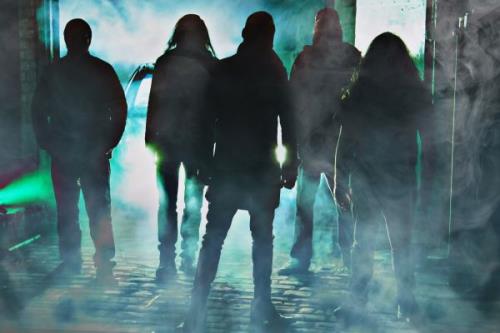 It's been two months since Video Nasties Dominion album was released. By now the Liverpool quintet should have been out on the road, supporting Gatecreeper in Manchester and planning for their Bloodstock Festival performance (which will now happen in 2021). We caught up with bassist Rick Owen for a quick look back at the album, and to find out what he's been up to since lockdown started.

Q: How the devil are you?

Rick: I’m not too bad thanks. Trying to keep as active as possible, getting out for bike rides and learning how to actually play my bass. Haven’t resorted to smearing my own shit on the walls just yet either which is a plus.

Q: Dominion has been out for two months now. It’s already one of APF’s biggest sellers and has been met with universal critical and fan acclaim. Being honest, did you expect such a reaction or has it been a surprise to you?

Rick: Yeah, we’ve been completely blown away with the response so far. We obviously had confidence in the music coming into the release but it really has surpassed our expectations. There was a moment of panic just before new year when I was getting all the pre-order images together for the website, like “Christ, what if everyone hates it” but I think that’s pretty normal and healthy... isn’t it?! 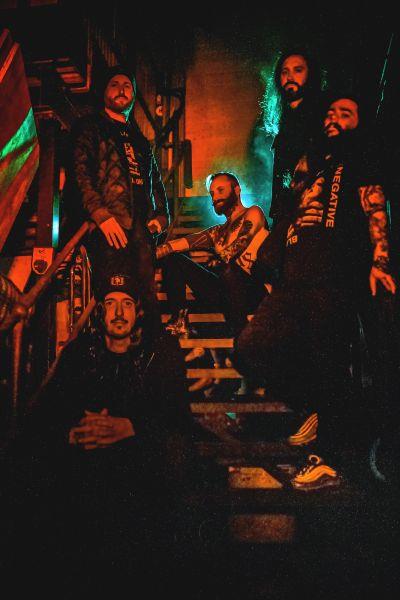 Q: Did you have a complete vision for the album, or did one come together during the writing / recording of it?

Rick: We had a pretty solid idea of what we wanted to do with the album from the get go, from what we wanted musically right through to the artwork and how it was to be presented. As we got deeper into the project, we had newer ideas and opportunities opened up to us, so it was always evolving but we’re not 100 miles from the original blueprint looking back...

Q: You’re often complemented on the visual and aesthetic aspect of your band. Can you tell us who’s responsible for that and how you create those ideas?

Rick: It’s something we’re all pretty passionate about to be honest. We really wanted to create a complete package... an atmosphere and notoriety around the band if you will, so it was important to us that the visuals, live show, image and aesthetics were spot on and as striking as the music. Luckily, we’re all on the same page with it and there’s always new ideas going back and forth and we’re always trying to come up with new elements we can add to the live show etc. 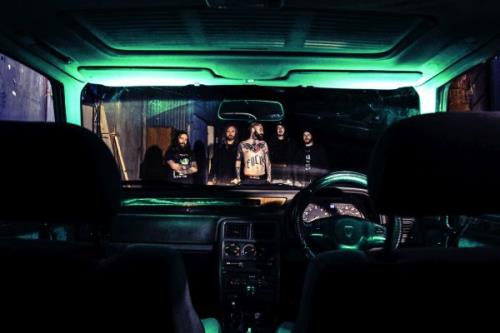 Q: The album launch show in Liverpool was spectacular. What are your memories of that evening?

Rick: It’s all a little hazy... to be honest, haha. It feels like a life time ago with everything that has gone on since. But yeah, it was a great night. We wanted it to be an intimate affair and Sound was the perfect venue for that, we were at capacity by the time we went on and the place was booming. Unfortunately, when you spend so long organising an event like that it tends to pass you by in the blink of an eye. It was good to have close mates Chinsniffer and Shuck on the bill with us too, they both smashed it.

Q: When you listen back to the album now do you have songs you’re particularly fond of?

Rick: Oooffffft, that’s like asking someone to name their favourite child... The writing of the album was such an amazing journey, so every song on it holds some kind of fond memory for me and I’m incredibly proud of it as a whole. Sometimes I’ll listen back to it and a section will catch me by surprise and I’ll get goosebumps. I do really enjoy the transition between Dominion and They Rise though if I had to single something out. They Rise is the perfect album closer for me and the build-up Dominion provides is a big part of what makes it so strong. When it eventually kicks in it sounds fucking huge and that opening riff gets me every time.

Q: What do you like best about being in a band, and why? Is it writing, being in the studio, or getting out on stage and playing live?

Rick: I love it all. There’s never a dull moment with VN. Whether we’re on the road gigging or in the studio writing it’s always a fucking ball and we tend to get ourselves into a fair bit of mischief no matter what we’re doing. They don’t call us the ‘lovely boys’ for nothing. 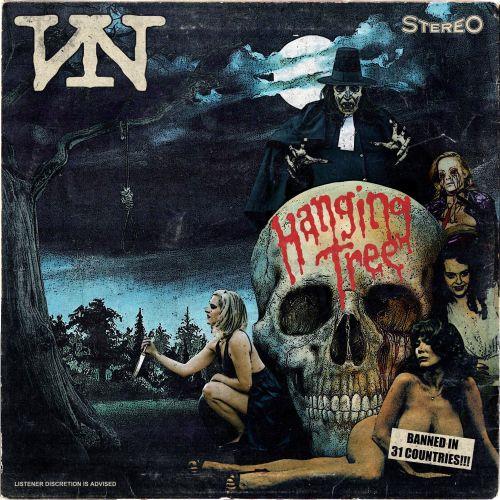 Q: Your track on the APF compilation is Hanging Tree. Tell us about how that song came together.

Rick: Hanging Tree was one of the earlier songs we wrote for the album, I think it was just after Transvoltum and we had just hit our stride. It all came together really easily and we had a lot of fun playing with harmonies and key changes. I’m pretty sure there is a 25-30 second synth intro for it somewhere too... Maybe one day we’ll dig it out.

Q: You’re on a label with 25 other bands on it. Do you have a particular affinity with or love of any of your labelmates?

Rick: I have a lot of love for the Trippy Wicked lads. They were one of the first bands (my former band) Iron Witch played with back in the day and they were so welcoming and friendly and I have a lot of fond memories from the early When Planets Collide gigs. Also, big shout out to the PIST, BongCauldron and Diesel King idiots. 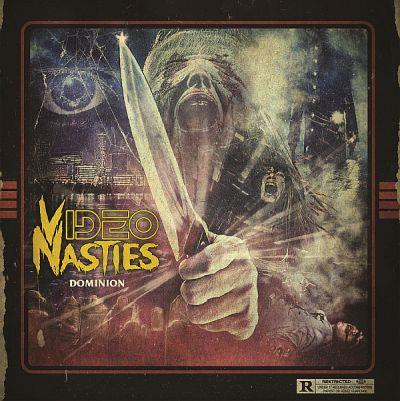 Q: How are you keeping yourself busy during lockdown, and what are you most looking forward to doing when things finally get back to normal?

Rick: To be honest, I haven’t done a lot... I think I REALLY needed a break so those first couple of weeks I just sat in front of the TV with my thumb up my arse but as mentioned earlier, I’ve been playing a lot of bass and I’ve clocked up some miles on the bike. I’m really looking forward to seeing my family and friends, necking my band mates and complaining about how expensive the drinks are in town.

Q: If Video Nasties broke big do you think as a band you would handle fame and success well?

Rick: Yeah, no problem... as long as we get our crush velvet loons made entirely of cocaine, we’ll be fine.

Q: Finally - Anything to declare?

Rick: Yeah, stay at home... stay safe. Remember it’s ok to feel a little out of sorts at the moment and if you need to chat to someone, reach out. We’ll see you on the other side. xx