A Tribute To Neil Peart 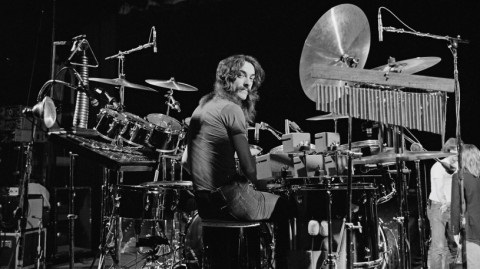 We all die. Inescapable fact. With heavy music having been born in the late 1960s we’re in the zone now where individuals who shaped the genre we love are in the autumn of their careers. I was immensely saddened when Lemmy died. But Neil Peart? Whole different ballgame.

This one has hit me for six. Neil Peart was my hero. As a 15-year-old finding my way into music I’ll never forget the first time I heard 2112 by Rush in a friend’s bedroom back in 1986. I instantly latched onto the drumming, which floored me. A few days later I drove my motorbike to Reckless Records in north London and bought the band’s entire back catalogue on vinyl. That week a lifelong obsession with Rush began.

When I first saw the trio live in 1988 the sheer intoxicating power of their stage show led me to go catch them another 30-plus times, including traveling abroad to see them in the USA and Canada. Back then being into Rush was about as uncool as you could be. Even though they regularly played arenas in the UK, you’d struggle to find anyone who would admit to even liking them. I found “like minds” through a UK Rush fanzine, and then later a fan website, and met many people I now call close friends. A seven-year relationship I had back in the day came about when I met the girl at a Rush fan gathering.

When Geddy, Alex and Neil called it a day in 2015 I was in denial. A small part of me thought they might take the stage once more – maybe at a residency somewhere - or perhaps give us one more album when the creative urge became overwhelming. But Peart’s passing, so typical of the man in its privacy (no one outside of the inner circle even knew he was ill), brings a finality to everything. He was, quite simply, unique and irreplaceable.

I feel like a part of me has died with him. I am so thankful to the band for soundtracking my entire adult life. Their music has accompanied the best and worst of times. The flame they ignited in me, and Peart’s constant curiosity about things, informed my desire to broaden my musical horizons and would eventually lead me to starting APF Records. I can’t stress that enough: without Peart I wouldn’t have come to start this crazy heavy record label.

Quite simply, without Rush – and especially Neil - I wouldn’t be who I am today. I am forever in their debt.