The Brothers Keg's New Album Is Out Today 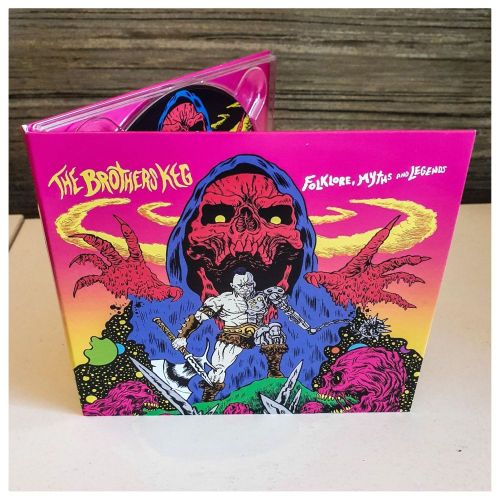 Folklore, Myths and Legends of The Brothers Keg is released today. You can check stream it on Spotify, YouTube, Bandcamp, Amazon Music, Tidal, Deezer and all the usual places. CDs and t-shirts are available in our webstore (both runs of tapes are long since sold out).

"Think one of Mastodon’s mind-bending concept albums crossed with Heavy Metal (the addled 1980s animated film), with the occasional nod to H.P. Lovecraft and an extra portion of Ringwraith-style riders of doom." - KERRANG!

"From the off Folklore, Myths and Legend is a bold venture... as fine a debut album I’ve heard in many a year". - Ave Noctum

"Brilliant entertainment that thrives on being different and so gloriously OTT... easily one of the best debut albums I've heard in a long time". - Desert Psychlist

"An absolute beast. An absolute epic. This is startling stuff as the Londoners take us on a journey filled with all manner of emotions. From the doomiest of doom to the atmospheric voiceovers to the haunting vocals and epic peaks and valleys. It’s an amazing showcase of the talents of this band." - GBHBL

"The Brothers Keg are like Conan stomping a mud hole and walking it dry in Middle Earth... it is hard to imagine how you could fail to have fun listening to it, or adequately describe it to the uninitiated and therein lies its beauty". - The Sleeping Shaman

The Brothers Keg are the first APF band to do a socially distanced gig. It's happening at The Black Heart in Camden, London next week. Tickets are sold out, but we'll keep in the loop about other APF bands playing these kind of shows as we move into the autumn. 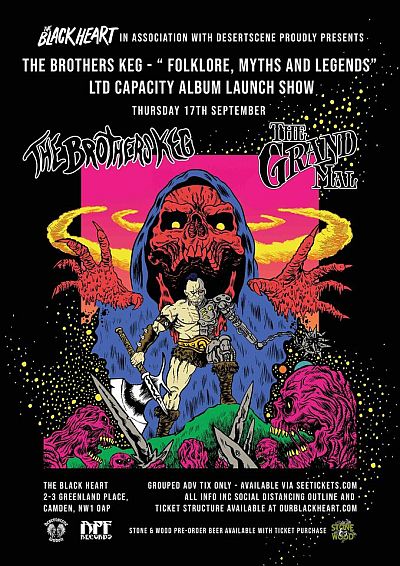